For car owners searching for the right insurance policy, there’s a lot more to think about than price. Not only is it necessary to know what’s out there, but it’s equally important to make sure you get a policy that matches your needs, driving habits and the legal requirements of your state. Laws vary from state to state when it comes to exactly what kind of car insurance, and how much of it, you need. But in general, even taking state variations into account, most U.S. drivers can select from 5 types of car insurance coverage. Try to understand the ins and outs of each type and the state requirements for your geographic area before deciding what kind of insurance policy to buy.

You can shop car insurance quotes for liability only, but the minimum requirement in your state might not be enough if you have an accident.

Here are the answers in a nutshell.

Here’s a look at the 5 types of vehicle insurance coverage:

In most states, you can’t drive without liability coverage. Full tort is pricier, but it fully compensates for pain, suffering or death in a not-at-fault accident.

This covers damage to your vehicle — even if you’re at fault — in a collision with another vehicle, a stationary object or the ground. It doesn’t cover damage to other vehicles or property, and there are limits.

This type covers damage resulting from theft, vandalism, fire, natural disaster or other circumstances that weren’t your fault. Many lenders require it until you pay off the car loan.

Some states require a personal injury protection policy, or PIP, in case you or a passenger is injured in an accident that wasn’t your fault.

Don’t overlook this one. One in 7 drivers don’t have the minimum coverage required by law. If you’re hit by an uninsured or underinsured driver, you foot the bills for your car repairs or personal injuries. Price shouldn’t be the only consideration when you shop for car insurance

Of all insurance types, the most common is a liability. The obvious reason it’s so common is that most U.S. states won’t let anyone operate a motor vehicle without liability coverage.

Full Tort and Limited Tort
These legal terms are important to understand for the purposes of knowing what kind of car insurance to purchase. In short, a limited-tort policy will not cover all related injuries that result from an accident. Sometimes, owners can be left with excessive medical expenses and repair bills when they only have limited tort coverage. There’s no coverage, for example, for “pain and suffering” under a limited tort policy.

Full tort coverage is more expensive but covers vehicle owners for the “full” amount of injuries and damages after a not-at-fault vehicle accident. Drivers often opt for limited tort coverage due to the significant price differences between the different types of car insurance cover. It’s usually not possible to get any compensation for pain, suffering or death unless a full tort policy is in effect.

What are the particulars of liability coverage?

Here are the three key points to remember:

Aptly named, the collision insurance coverage will pay for damages to your car in an accident, even if you are the party deemed to be at fault. It does not pay for the other driver’s vehicle damage, just yours. Here are the salient points to keep in mind when deciding whether you need collision coverage:

Whenever a car is damaged by another vehicle, or sustains damage by colliding with an object like a tree, pole, guardrail, home or something else, then “collision coverage” takes effect. Even when there is no specific collision with anything but the ground, as in a rollover or flip, this is the coverage that can reimburse related expenses. It’s the only type of insurance that covers damage to the at-fault driver’s own vehicle.

Insured owners need to file a claim with their own carriers in order to receive any compensation when they are the at-fault party. Collision policies only pay out up to their stated limits. In order to exceed those limits, drivers need to have a comprehensive policy in place. Collision coverage also does not pay the initial amount of damage expenses when there is a deductible amount to be paid by the insured party. After the deductible is met, the insurance company will pay the rest of the damage amount under a collision policy up to the maximum limit stated in the contract.

Drivers who have “towing coverage” as an added endorsement to their policies can use that coverage for towing service if the vehicle breaks down or has a flat. But if the car needs to be towed after a collision, then the collision or comprehensive coverage would be the applicable insurance in that case.

Left out of the above discussion of damages and expenses was the topic of medical injuries. What happens if you are not at fault in an accident and you or your passengers suffer broken bones or other kinds of medical problems that require the attention of professionals?

In an ideal situation, the at-fault driver’s liability insurance would pay for injuries to your passengers and you. But many states in the U.S. are “no-fault” jurisdictions, meaning they can require you to carry medical coverage. If you live in a no-fault state, you might already be familiar with the mandatory medical policies. They’re called “PIPs,” which stands for “personal injury protection” policies.

Another name for PIP policies is “no-fault” coverage. The name references that fact that whether you or the other driver was at fault, the policy will pay out just the same. Your PIP will pay for your injuries in an accident. It will also pay for any injuries suffered by your passengers.

Generally speaking, uninsured/underinsured (U/UI) policies will protect you in the event that you are hit by a driver who has no coverage or doesn’t have enough insurance to pay for the damages they cause. Many people ignore this type of coverage, which is a very unwise thing to do. In fact, about one out of seven U.S. drivers do not have enough insurance coverage to satisfy the laws of the state in which they live. That means about 15 percent of accidents involve at least one uninsured or underinsured driver.

In order to protect yourself from this threat, you can carry U/UI insurance. What will a U/UI policy do for you, and why is it necessary?

This kind of insurance coverage might be your only recourse if the at-fault driver has no liability coverage or doesn’t have enough of it. Your only option in such a disastrous scenario would be to take the person to court and sue of damages. That’s an expensive route that includes up-front legal costs for you and the distinct possibility that even if you win a judgment, the person won’t have the money to pay you.

A U/UI policy is your safety net to prevent such a financial nightmare. It will pay for any lost wages and medical expenses you incur as a result of the accident. Some U.S. states now allow motorists to buy U/UI policies that also cover property damage. That means you would be protected against medical bills, lost wages and car repair expenses even if you’re hit by a motorist who has no insurance at all.

A number of U.S. states require motorists to have at least a “bare bones” U/UI policy. Coverage like this typically pays for medical expenses and lost wages but not for property damage. However, if you want to add a property damage component to your U/UI policy, it’s your choice to add one, and it makes good sense to do so.

What about Underinsured Drivers?

If you’re hit by a driver who does, in fact, have insurance, you are not necessarily protected. That’s because many drivers carry liability policies with upper limits that aren’t high enough to reimburse your medical expenses and vehicle damage.

Important Reminders About All Types of Car Insurance Policies

Anyone who sets out to purchase car insurance should do a little bit of homework first. You should find out about any “mandatory” insurance laws in your state. What liability amounts are required? Is there a requirement for U/UI motorist coverage? If so, what are the amounts the state requires you to have?. Besides these basic points, there are some other facts to remember when it comes time to purchase a car insurance policy: 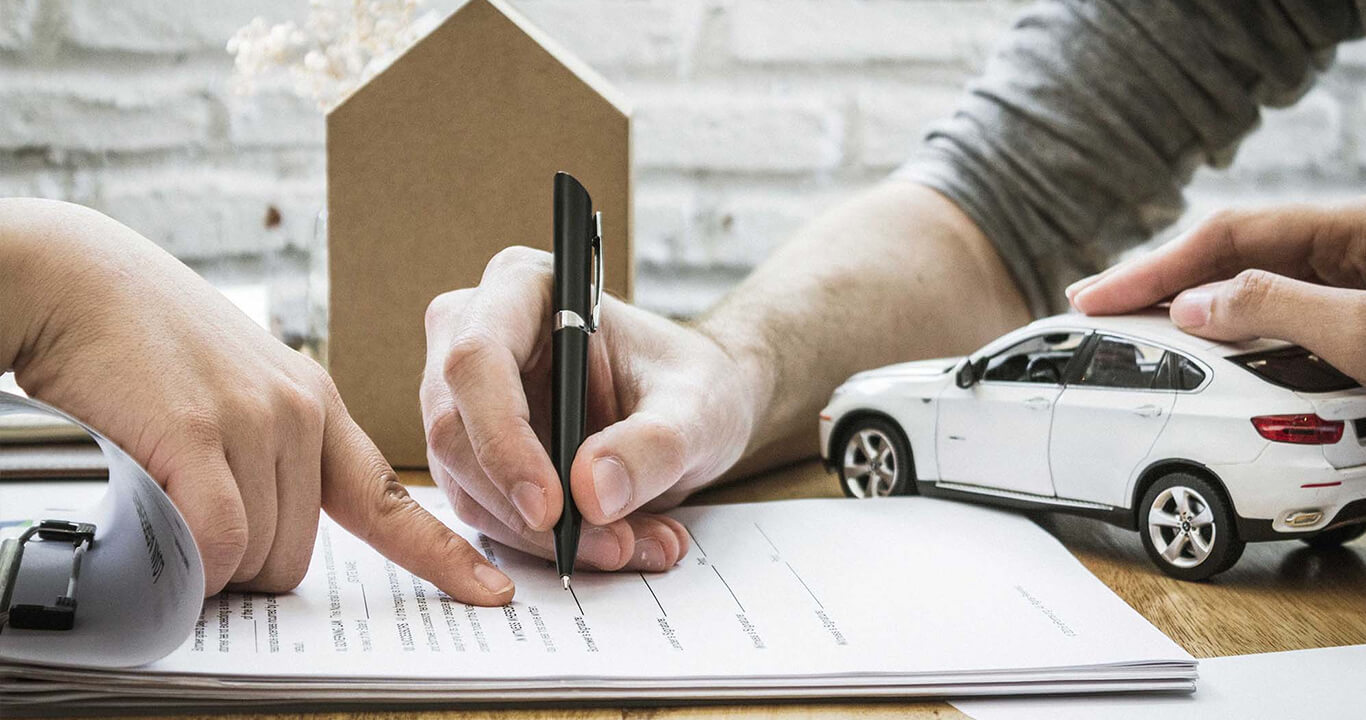 There are Advantages and Disadvantages of Having Insurance

It’s easy to see that the few disadvantages of carrying auto insurance are far outweighed by the advantages. Insurance is just a part of driving and owning a vehicle. And if you are in an accident, it’s comforting to know that you don’t have to worry about the financial repercussions of the situation.

You Should Know Where to Go for More Information

At least 47 states now have a rather uniform auto insurance requirements, and the ones that only require “financial responsibility” in place of liability policies are already in the process of changing the way they handle drivers who don’t carry enough insurance.

What types of car insurance do I need?  Do your own due diligence on state laws. After that, spend a half-hour or so discussing your needs with an experienced insurance agent. Being an informed consumer can save you a lot of money and heartache in the long-run.

Insurance Facts That are Good to Know

Keep up with insurance trends.

Every once in awhile, check-in with a few of the major car insurance websites and see what the “prevailing” rates are for your kind of car and drivers like you. If rates have gone down, contact your agent and see if you qualify for any discounts based on age, driving record, membership in certain clubs, etc. You’d be surprised what type of car insurance should I get just by asking. Many insurers don’t advertise special discounts, so you might never find out unless you inquire.

Many factors affect the rate you pay for insurance.

The first types of auto insurance policies was written in 1897, but things have changed a lot since then. For example, no matter what kind of car insurance you have, your credit rating can affect your rate. Keeping an eye on your credit scores can mean a lower car insurance bill. Other factors that can affect your rates include your age, your driving history, the make and model of the car you drive, and the zip code in which you reside.

Try to pay your premium annually.

Drivers who pay month-to-month for car insurance are charged a bit more because they are seen as higher-risk people than those who pay annually. If you want to save a bit on car insurance, pay your premium once per year.

Simply put, an endorsement is a change to an insurance policy. For example, if a car owner decides to add towing coverage or another driver to the policy, each one of those specific changes would require special wording. Then they would need to be added to the policy contract to make them part of the new agreement between the vehicle owner and the insurance carrier. 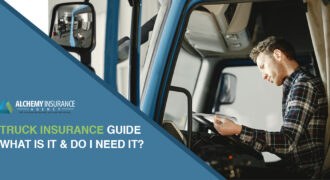 Truck Insurance Guide | What Is It? Do I Need It? 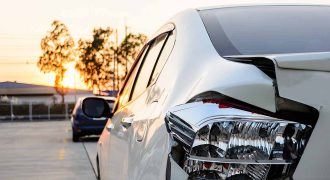 Everything You Need to Know About Rideshare Insurance 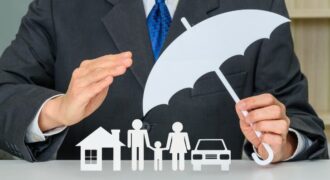 Umbrella Liability Insurance: How It Works & What It Covers